How To Be Successful: The Honest Confession of a Famous Billionaire 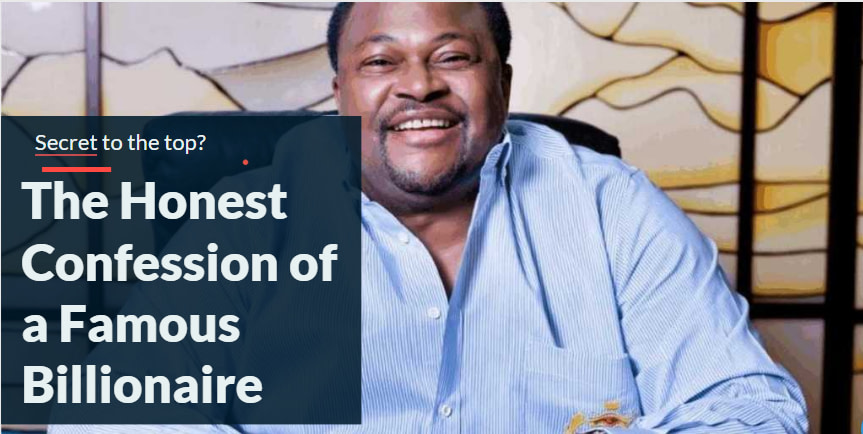 How can unknown fellow become a billionaire and extra ordinary person?

How does one become successful, and get to the top in life and business?

How does one go from total broke ass to being extra ordinary wealthy and famous?

When I was in Primary (elementary) school, I had a friend whose name was Famous but this dude wasn’t even famous in school back then.

He failed all exams while in school.

The last time I saw him, I almost didn’t want to identify with him because dude has gone from ‘bad’ to ‘worse’.

It’s possible to be called Famous yet no one knows you.

Your name doesnt matter, i know that alot people read meanings to their names.

Anyway, who is this billionaire?

Let me tell you something about this man.

A few years ago, I was desperate for success, I was ready to do anything that was required to get to the top and then, I decided to reach out to some billionaires.

The first guy I reach out to was gracious enough to grant me audience even though I was still at the start of my journey as an entrepreneur.

I was a total nobody back then unlike now because it is much easier for me to knock on doors now than then.

I asked him to tell me his major secret of success.

I was expecting a magical wand.

I was expecting some kind of stuff but what he told me was NOT what I expected to hear.

But who is this guy?

His name is Mike Adenuga, the CEO Globacom. 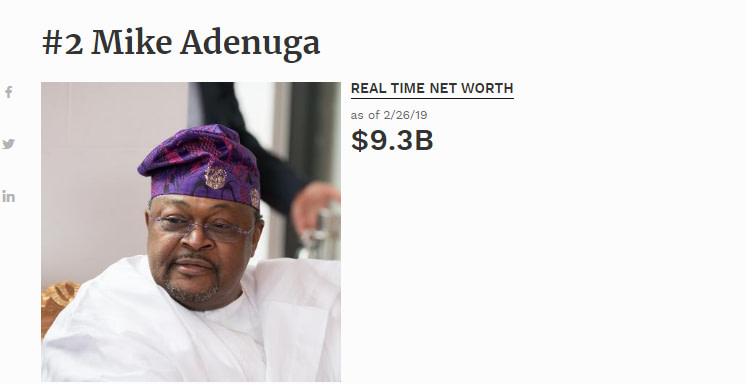 So, he knows what he’s talking about, he’s super successful.

He told me that to get to the top, to be really successful, you need to really work hard.

He confessed to me that most people dont work as hard as he does and a few days ago, his son said the same thing of his dad.

Check the image below.

Mike Adenuga specifically said, to get to the top, you need knowledge and hardwork.

Folks, this is truly what it takes to get to the top.

As an entrepreneur who has attained some level of massive success, I can say for free that one secret that has really helped me is HARDWORK, and I learn this from Mike Adenuga.

Most people think that once they buy a coaching program or consulting service, they automatically will become successful but that isn’t true.

Yes, books, coaching programs and others can help you get to your destination but it is YOU that will need to do all the hardwork.

The only way to the top is the hard way.

Grant Cardon says if you want to get to the top, work hard, be disciplined and do these two over a period of time, your success is guaranteed.

This guy may not be as rich a s Mike Adenuga but he’s worth 300 million dollars, and if you are not worth that much, it only makes sense to take advice from him.

Talent may be the fire, but hard work is the fuel. Give that flame what it needs to grow bigger, brighter, and stronger.

Want to get to the top?

Be prepared to work your buff off, this is the #1 secret, others are condiments.

It sounds so simple but incredibly powerful.

“It seems the harder I work, the more luck I have.” ~Thomas Jefferson

The truth is, you can get to wherever you want to get to so long you’re ready to work really,really hard, and while you working hard, don’t forget to work smart also.

The only way is the hard way, no shortcut to the top.

Find Business Mentor
Why I Hate To Be Called An Internet Marketer Even though I Make Alot of Mon...
How I Made My First $3,000
Tweet
Pin
Share23
23 Shares
Previous
Next

How To Generate High Ticket Clients On Demand.